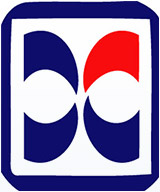 Casilayan Softwood Development Corp (CSDC) was created in July 1974 with the primary purpose of supporting the matchwood requirement for the JAKA Equities Corporation (JEC) and the Royal Match, Inc; both of which are owned by the JAKA Group. It has also expanded to provide veneer and lumber products.

The Company began as a joint venture of JAKA with Provident Tree Farms, Inc. (PTFI). PHIMCO parent company of PTFI, later sold its shares of the company to the JAKA Group in 1978.

At the present, CSDC is engaged in the massive timber production, managing a total of four forest plantations in Agusan Del Sur. All forest plantations managed by CSDC are covered by an Industrial Forest Management Agreement (IFMA).